Yoga the major contributor to the growth of Hindutva beyond India

June 21 is International Yoga Day, the controversial Indian Prime Minister, Narendra Modi, in his UN address in 2014, had suggested the date of 21 June and UN has approved.

Many Muslims are fascinated with Yoga, including Arabs. Christians and Muslims who practices Yoga never tried to look beyond the Asanas (postures/stretches) and Dhyana (meditation).

Yoga is a physical, mental and spiritual practice, that has its roots in Hindu religion. But time and again, we hear or read, “Yoga is just exercise,” or “Yoga is a science. It is not religion.”

But what do Hindus and true Yogis say?

According to Hinduism Yoga is Dedicated to a Hindu God Shiva, the Destroyer, known as “the first yogi.” And as per the purana, Shiva is the Hindu god of destruction and rebirth. Shiva is Lord of Yoga (Yogeshwara)

Similarly, Hindu god Shiva is the first Hatha Yoga teacher, as mentioned in both Bhagavad Geetha and Hatha Yoga Pradipika as well. 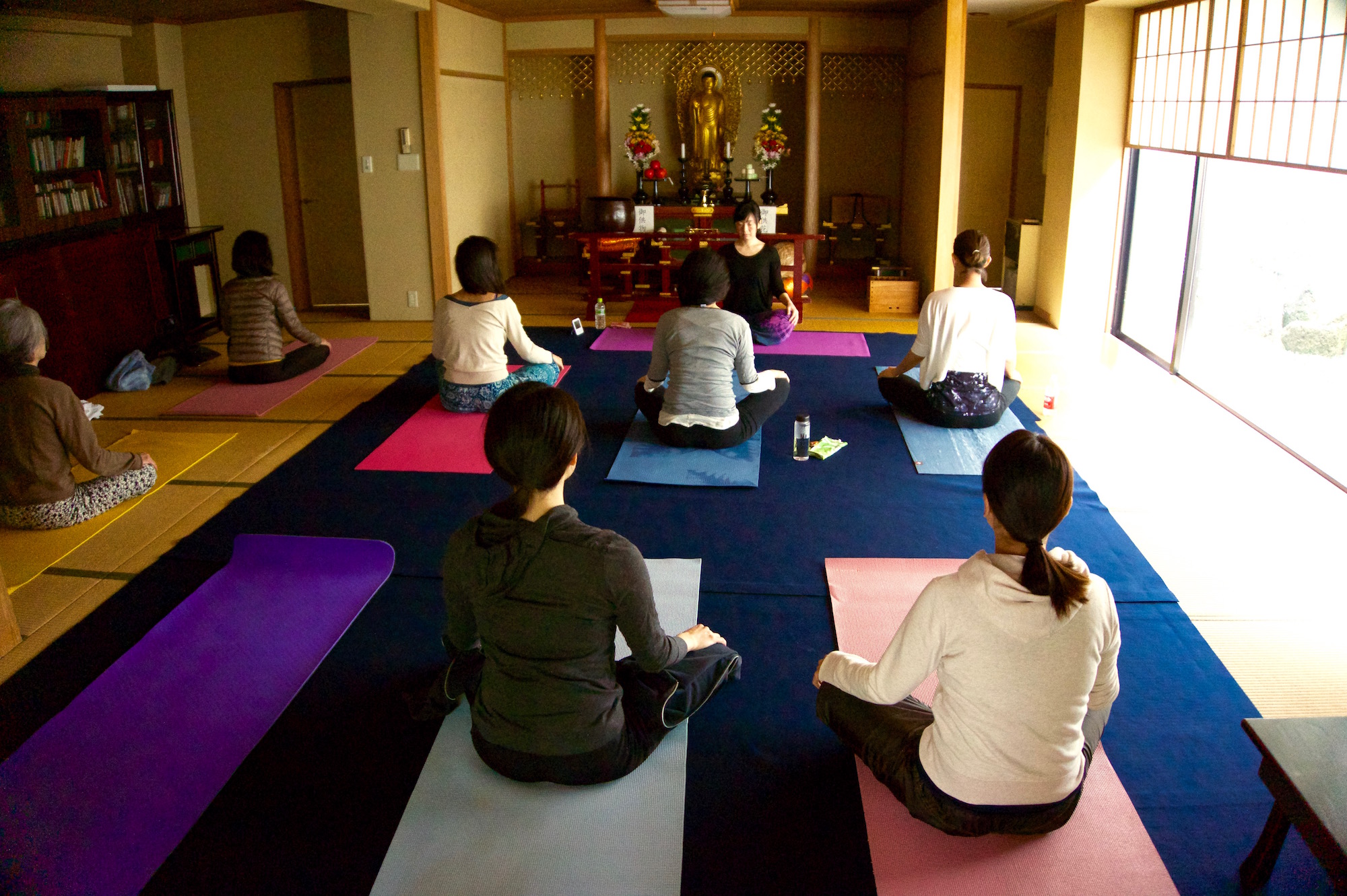 Born in Sri Lanka, George grew up in India, the birthplace of Hinduism and Yoga. As per his research on Yoga and Hinduism, it is revealed that yoga poses are actually offerings to the 330 million Hindu gods.

Dr. George says “Many Christians and Muslims who practice yoga today are unaware that the physical positions assumed in yoga symbolize a spiritual act: worshiping one of the many Hindu gods,”

“To a Hindu, YOGA is the outward physical expression of a deep spiritual belief. You cannot separate one from the other.”

Since yoga is tied so strongly to Hinduism, can there be such a thing as “Christian yoga,” “Muslim Yoga” or would that be an oxymoron (a contradiction in terms)? 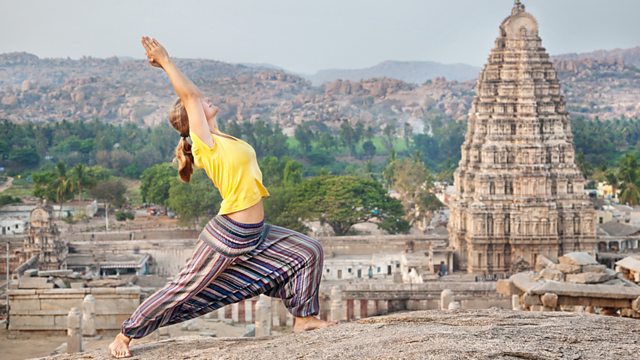 Many practicing Hindus, Christians and Muslims, agree that since yoga is Hinduism, the two cannot be separated.

Debates about these questions have been making headlines lately. Some American Hindus have argued that American yoga is not Hindu enough, that Hindus should “Take Back Yoga” (the label of a campaign by the Hindu American Foundation - HAF).

And Americans Christians agree that the Hindus should take back yoga, because yoga is too Hindu.

Alabama Christian church received complaint that Christian children hang posters and of Hindu gods and Kundalini charts in their bedrooms. And Christian parents afraid that their children either became Hindus or attracted towards occultism.

He says “yoga, as a spiritual practice, runs directly counter to the spiritual counsel of the Bible.” If Christians started rejecting Yoga, how about Muslims? 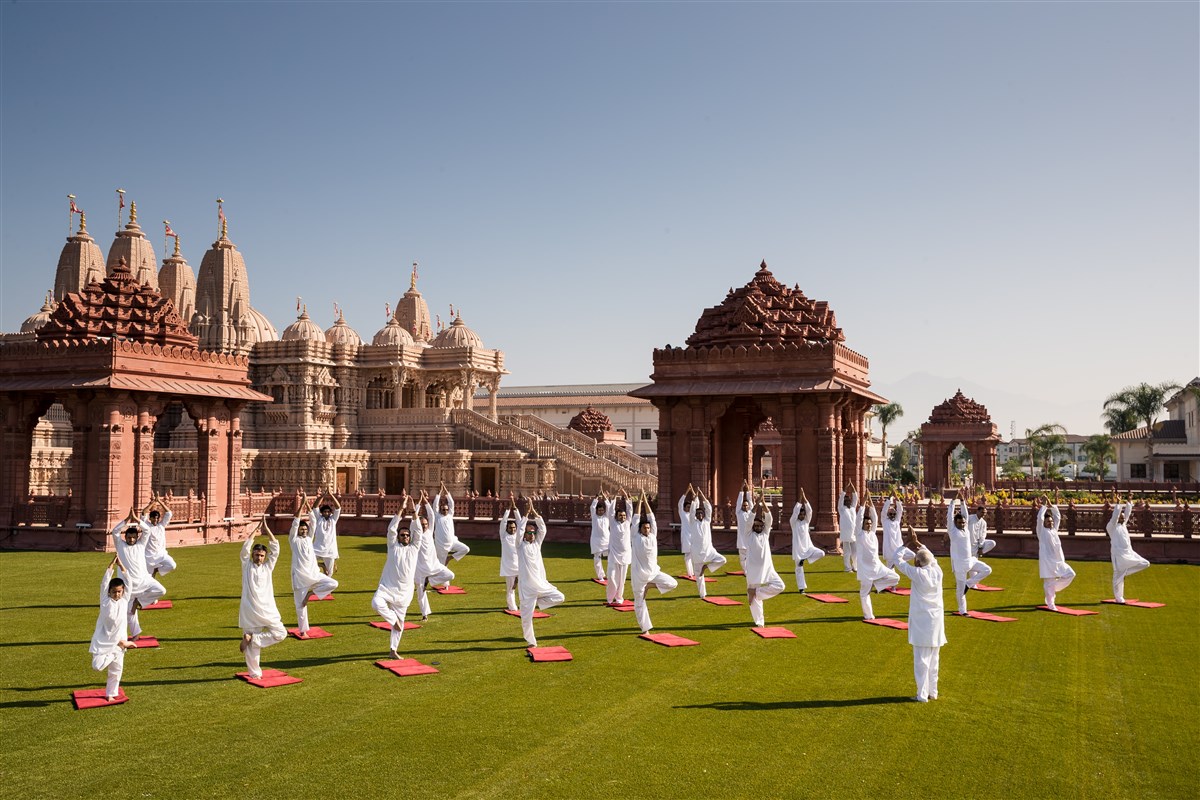 If Yoga is causing harm to Christian religion, then it should be more dangerous to Muslims then !!

Furthermore, in order to be a Certified Yoga Teacher by the standards of the industry, a teacher must spend a certain number of hours studying Vedic philosophy and the teachings of certain yoga masters.

Vedic scriptures are nothing but Hindu religion. Being a Muslim why do you wanted to study Hindu Vedas ? Is it not contradicting with the core principles of the Islam of one God and one book ?

“Yoga, Transcendental Meditation, and Tantric exercises lead to an experience of self-fulfillment or enlightenment.”

That is because of the psychological hype created by the Yoga sellers. The marketing around Yoga is crafted so well, that attracts many to start the practice, and it makes practitioners feel like some enlightenment came into their lives. 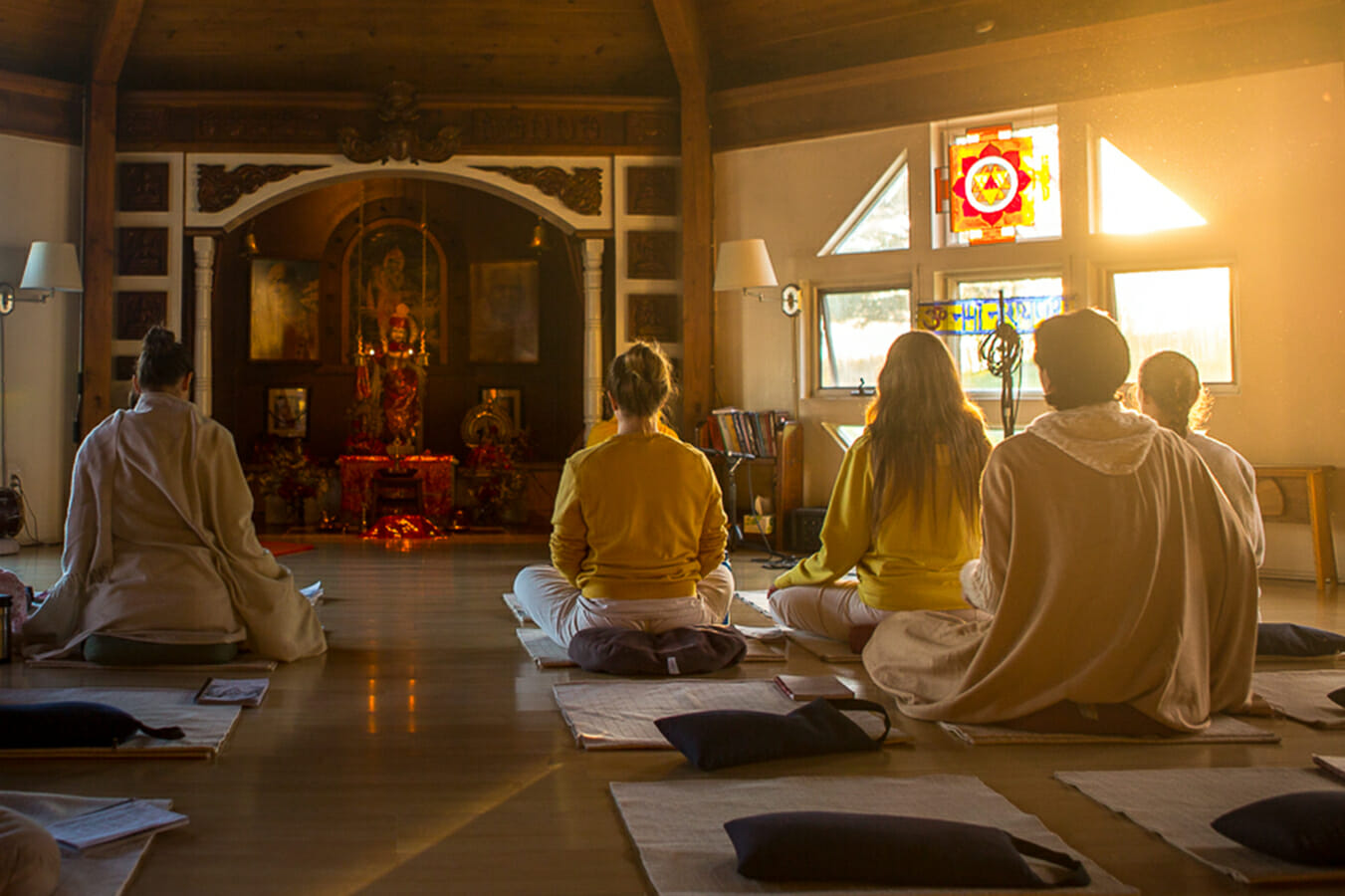 Sivananda Yoga Ranch in New York, the practices in front of Hindu Deity

According to many English dictionaries, the world Enlightenment means: “a final blessed state marked by the absence of ‘desire’ or ‘suffering.” If Yoga can bring such “enlightenment” then why many Yogis or Yoga promoters found guilty of Rape, Cheating, Fraud, Drugs, Money Laundering, Illegal Weapons Trading… many of them even involved in Sexual Abuse and Human Trafficking rackets.

The world is aware of Osho Rajinish and his sexual Ashram under the pretext of Yoga and Spirituality.

Self-Fulfillment, Enlightenment and Cheating, Illegal and Immoral things should not fit in same room, supposed to be right?

So, Yoga is not assuring you any of the so-called enlightenments or self-fulfillments.