Bilkis was brutally gangraped during the communal violence that followed the Godhra train-burning incident.

Eleven men who were sentenced to life imprisonment in the Bilkis Bano gangrape case of 2002 were released from Godhra sub-jail on Monday (August 15) after a panel set up by the Gujarat government approved their application for remission of the sentence.

Who is Bilkis Bano
In one of the most horrific episodes of large-scale anti-Muslim violence in Gujarat in 2002, Bilkis Bano, a pregnant woman was gang raped by Hindutva supporter mobs. Bilkis Bano along with her daughter and other family members had taken shelter in a field when a mob of 20-30 people with arms attacked them and Bilkis Bano was gang raped, while seven members of her family were murdered.

Bano was 21 years old and five-months pregnant when she was sexually assaulted in Randhikpur village near Ahmedabad on March 3, 2002, and her three children were also killed during the anti-Muslim riots.

Indian Prime Minister Narendra Modi was the state’s chief minister at the time and has been accused of not doing enough to stop the killings and even targeting human rights defenders fighting for the victims. 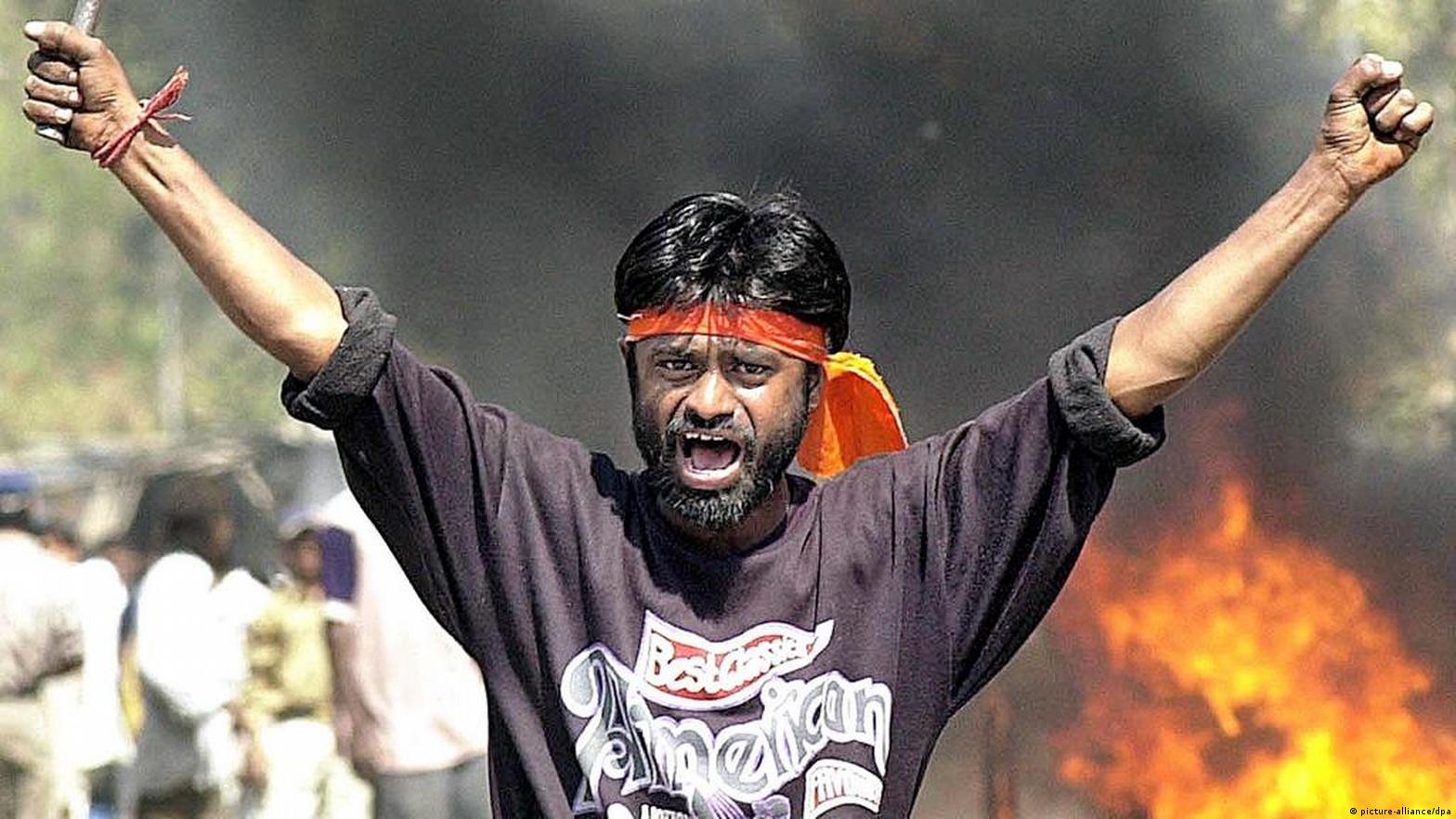 Hindutva face of Gujarat, Ashok Mochi, in action during 2002 riots

In January 21, 2008, the special CBI Court had sentenced the eleven accused to life imprisonment on the charge of gang rape and murder of seven members of Bilkis Bano’s family.

They were all convicted on charges of conspiring to rape a pregnant woman, murder and unlawful assembly under the Indian Penal Code. 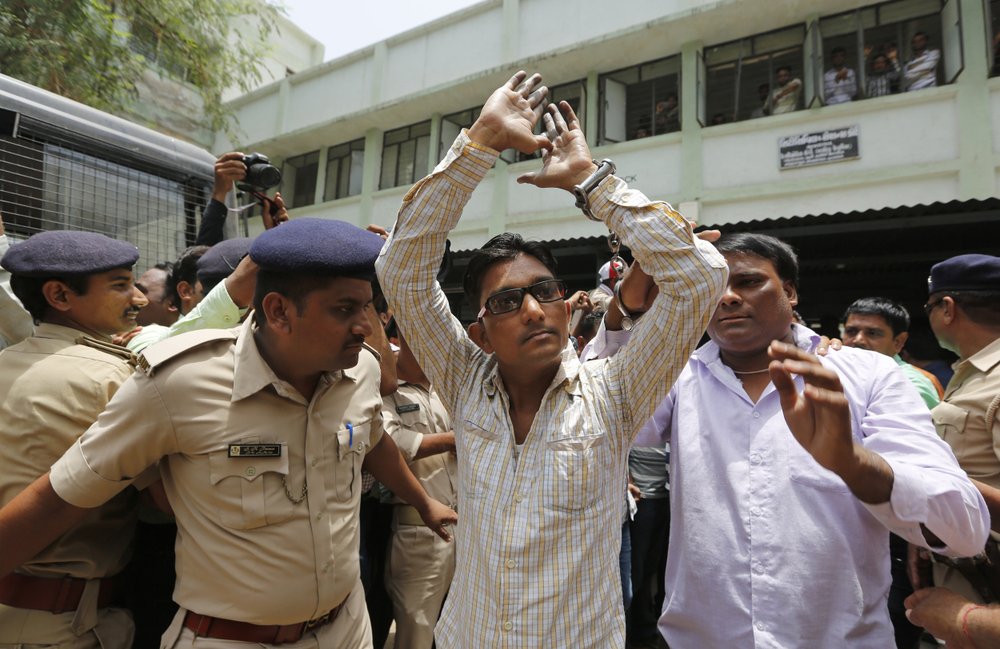 One of the convicted feeling proud and happy after the life imprisonment sentence.

A committee formed a few months back took a unanimous decision in favour of remission of all the 11 convicts in the case. The recommendation was sent to the state government, and jail authorities received the orders for their release.

Human rights lawyer Shamshad Pathan said when a government takes such a decision the hope of the victim in the system diminishes.

"There are several accused whose conviction term is over but they are not released from jails on the grounds that they are part of some gang or are involved in one or two murders. But in heinous cases like this, the Gujarat government easily approves the remission of the convicts and allows them to walk out of the jail," said Pathan.

This was not just a case of murder but also of gang rape of a heinous kind.

Bilkis Bano holds her two-year-old daughter as her husband Yakub Rasool looks on during a news conference in New Delhi in 2017 [File: Cathal McNaughton/Reuters]

Bilkis Bano's husband Yakub Rasul says don't know how the convicts were released; "Every day we remember those killed, including our daughter"

In a statement, the All-India Progressive Women’s Association (AIPWA) slammed the Gujarat government’s decision. It said the decision to free Bano’s rapists emboldens such men and their followers to act on their threats.

After their release from the Godhra jail on Monday — following remission of their life sentence by the state BJP government — the convicts were welcomed with sweets and garlands.

On Monday, the convicts for Bilkis Bano’s gang-rape and murder of seven of her family were welcomed with sweets and garlands outside the jail.(Source: Twitter)

Women activists and Muslim leaders have come down heavily on the Bharatiya Janata Party (BJP) Government in Gujarat for setting free the gang-rape and murder convicts, describing the move as “the rule of impunity for communal killers and rapists”.

“Modi Hai to Mumkin hai” the punchline of Hindutva supporters, translates “Anything possible as long as Modi is in power.”