A classic example of how Hindutva supporting Police is misleading the religiously motivated case to generic kidnapping for ransom.

Days after the charred body of a Muslim youth was found in Samastipur district of Bihar, a video has emerged of him being beaten up brutally by a group, asking if he “ate beef”.

Mohammed Khalil Alam Rizvi (34), a resident of Hurhiya village in the Barabatta Panchayat of Bihar’s Samastipur, was kidnapped and killed. Later, his body was allegedly burnt by the perpetrators. Rizvi was a social worker and a member of the Janta Dal (United), the ruling party of Bihar. 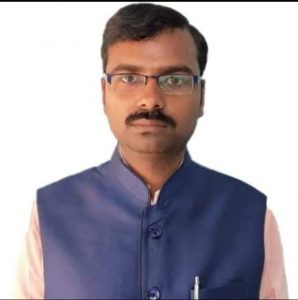 In the horrific video that has gone viral on social media, Alam is seen pleading with folded hands to the perpetrators saying he has not eaten beef.

Alam tries to convince the man filming and ‘interrogating him’ that he will never eat bovine meat again, and has never ever fed it to his children. The fear in his eye is haunting, he perhaps said that to protect the children from harm, and accepted eating the ‘forbidden’ meat even if he had not. The inetrogator abuses him with vile sexual inuendoes invovind his mother, so often used by violent men.

Alam’s body, which was found buried on the banks of river Budhi Gandak in the district, was recovered on February 19.

According to news report, the Hindutva lynch mob murdered Alam, and burnt his body. The video just came to light, days after it was uploaded on Instagram.

Local police registered a case under “Kidnapping under financial transactions,” not under religious killing. Samastipur police ruled out hate crime and communal angle.

Alam’s brother Shakeel alleged that the kidnapping and killing of his brother was communally motivated. “This is not a matter of kidnapping for ransom. They are lying. See the video, they killed him over cow. This is a lynching. This was a well-planned killing,” he said. When the police questioned one of the killers on the reason for making the video, he reportedly replied by saying, “Rahul sir, understand what Hindutva is. We did not kill him for money.”

But police are on a mood, or perhaps on the orders to avoid communal angle from the killing.

The video of Khaleel Alam being assaulted was also picked up and shared by a columnist named CJ Werleman. Werleman’s post on Rizvi’s video read “This Muslim man - Khalil Alan - pleads for his life, before a Hindu lynch mob murders him and burns his body in Bihar, yesterday.” He has been previously called out for posting old videos and sharing false narratives.