On October 2, Sunday morning, a rally of least 10,000 organized by Hindutva group Hindu Jagarana Vedike, chanting slogans, with brandishing swords. They chant “we will build a Hindu Nation,” with dignitaries including a member from Modi’s Bhartiya Janata Party Raghupathi Bhat enthusiastically endorsing the idea by waving his hands along to it.

12Ummah is the only dedicated news project with to inform/educate the Muslims world about Islam and Muslims in India. To support our initiatives, please donate now !

"There should be a weapon in every Hindu household. In the next Ayudha pooja, Hindus should not worship equipment’s, but they should worship weapons. Let us cultivate the mindset to use those weapons. This is the aim of the Hindutva organizations. 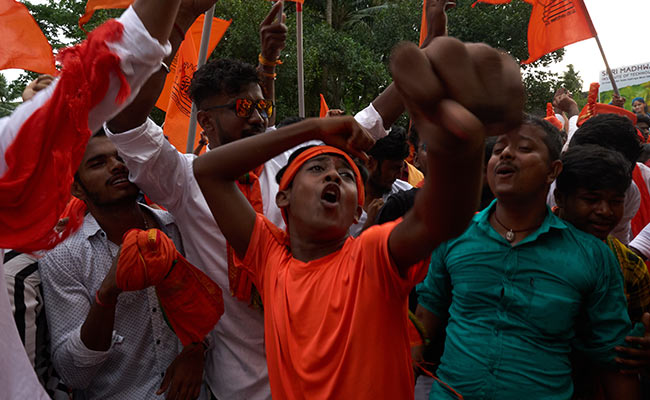 Ever since Narendra Modi came to power and was respected around the world, especially in the Arab world who received the highest civilian award, a culture of guns and violence has been nurtured.

He succeeded in creating an atmosphere against Islam and Muslims in India and outside.