FOR INDIAN MUSLIMS THE END TIMES IS NEAR

Twenty years after the anti-Muslim pogroms in Gujarat (2002), an entire generation of Hindutva ultra-nationalists are now more convinced than ever that eliminating Muslims will improve their lives.

It was the first week of the fasting month of Ramadan. Indian Muslims in the town of Karauli, Rajasthan were minding their own business when hundreds of Hindu worshippers on motorcycles draped in saffron scarves arrived in their neighborhood.

As Muslims watched in fear and panic, the rally grew boisterous and threatening.

When this happens and a provocative rally is conducted by the RSS, the paramilitary Hindu supremacist organization who are leading the charge into making India into a Hindu Nations, there is literally no one Muslims can turn to. 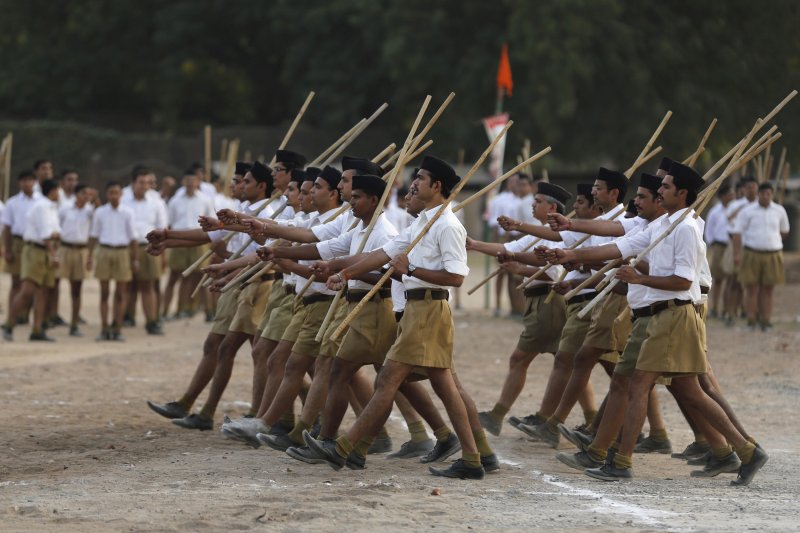 The procession had arrived to humiliate and assert Hindu supremacy. They will only leave when satisfied.

What happened next is still not clear. It is understood that some young Muslim men in the neighborhood decided to take matters into their own hands. They picked up stones and flung them at motorcyclists. A scuffle ensued. In the mayhem, houses and shops were set alight. The neighborhood began to burn.

The police, as ever, watching calmly among the crowd, eventually closed in. They arrested Muslim residents and a select few of the visiting provocateurs. Before long, videos began to circulate suggesting that Muslims attacked peaceful Hindus as they celebrated the birth of their deity, Ram.

International media described the incidents as 'clashes' between Hindus and Muslims. Meanwhile, Hindu neighbors are instructed to boycott Muslim shops.

“As penance for daring to stand up to the hate, is what Modi kindled from Gujarat to entire India now.”

Under the guise of celebrating the birthday of the deity Ram, known as Ram Navami, thousands of Hindu nationalists and supremacists, some carrying sticks and swords, have been visiting Muslim neighborhoods spouting messages of hate and daring Muslims to stand up for themselves.

If the stand-off results in any type of scuffle, the state has acted with stupendous brutality. In the district of Khargone in Madya Pradhesh, India's second-largest, at least 16 houses and 29 shops were demolished, a majority of which were Muslim-owned, following a similar act of provocation on 10 April. 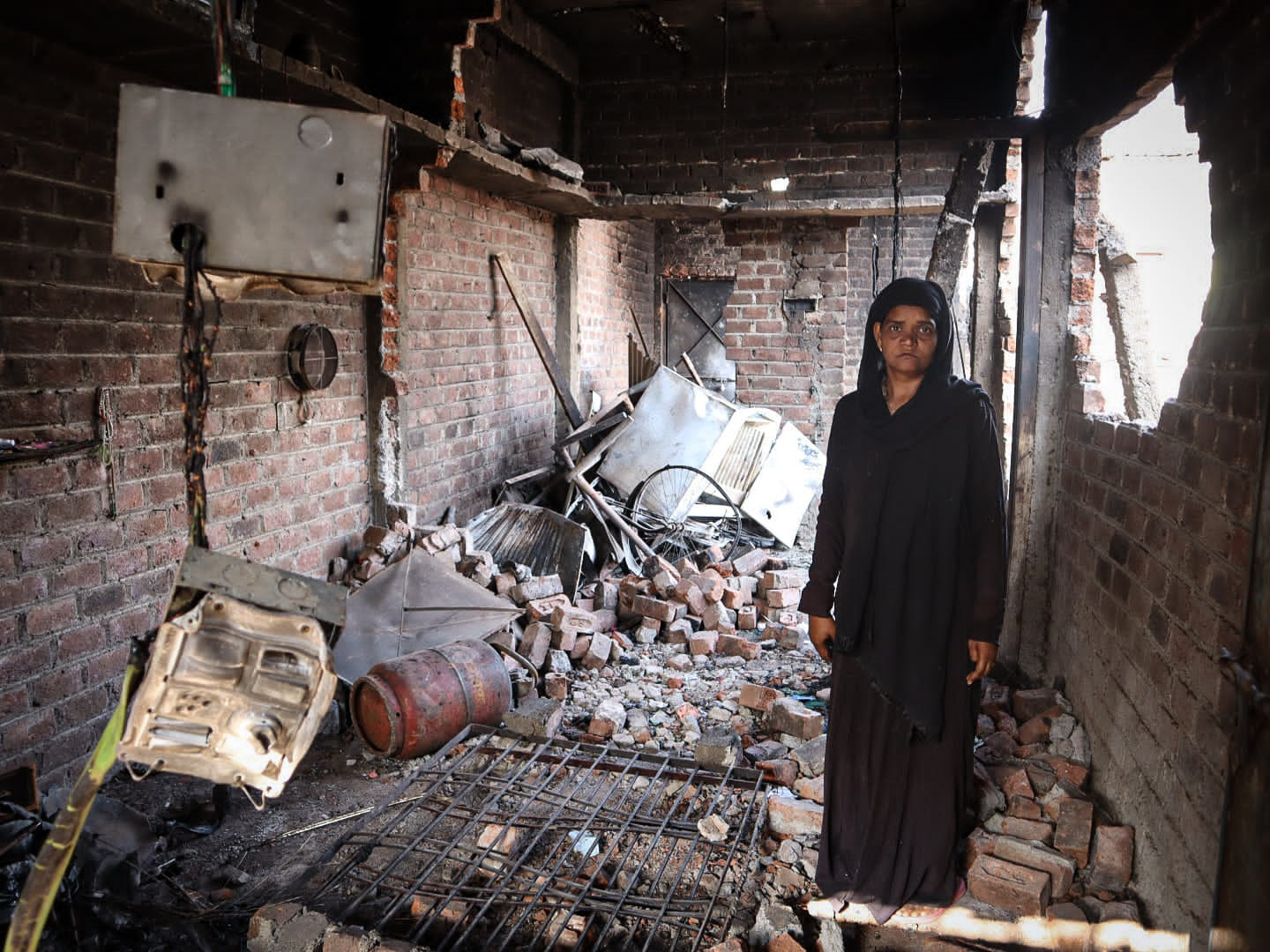 Salma Bi, whose house was among Muslim houses burnt down by Hindutva mob in Khargone. Photo: Meer Faisal/Maktoob

“Since Narendra Modi took over in 2014, Muslims have been used as a crutch for all of India’s ills”

Indian authorities argued that the demolished structures were illegal. But, as Asaduddin Owaisi, president of the All India Majlis-e-Ittehadul Muslimeen party (AIMIM), inferred at a press conference, even if the houses were illegal, there was still a due process to be followed. This, Owaisi said, was an act of collective punishment.

Calls by a group of monks for Hindus to arm themselves in the coming genocide against Muslims, and calls for the mass murder of the minority have become as routine, and regular. 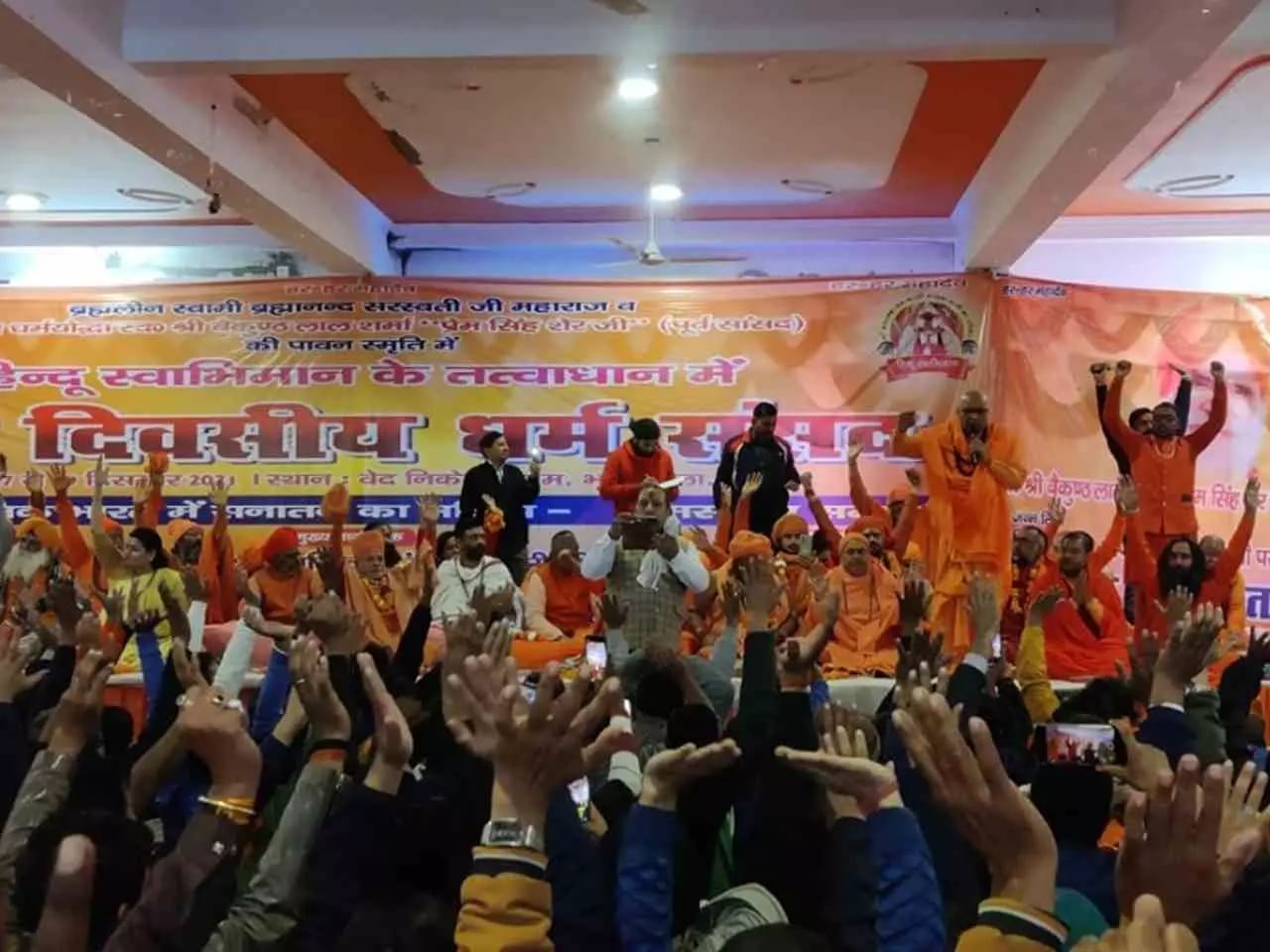 Call by Hindu monks to take weapons and kill Muslims

To be clear, none of these incidents have elicited outrage or condemnation from the national government, illustrating once more that calls for violence against Muslims were neither separate nor antithetical to the goals of the state.

They are part of a project by the Hindu right to "Hinduise" the social and economic landscape toward building a state for the Hindu majority.