THE ISLAMIC WORLD'S OUTRAGE AGAINST HINDUTVA

It’s not every day that the Taliban, Iran or Saudi Arabia get to lecture others on religious tolerance - but Indian Prime Minister Narendra Modi’s Hindu supremacist Bhartiya Janata Party (BJP) has enabled the impossible and succeeded in uniting the entire Muslim world in condemnation of his country.

Geopolitical rivals Iran, Turkey and Saudi Arabia have been joined in a common cause.

Facing the chorus of condemnation from the Muslim world - of a kind not seen since the controversies over the Charlie Hebdo caricatures of the Prophet Muhammad - the Modi government has been fighting a raging diplomatic fire.

Nupur Sharma on a television debate, then Naveen Jindal on social media... making derogatory remarks on Prophet Muhammed SAWS, seems to be an agenda among Modi’s party members.

In a press statement, the Modi’s party affirmed that it “respects all religions” and that the BJP is “strongly against any ideology which insults or demeans any sect or religion.”

Within 50 days of Modi’s assurance that his party respects Islam, another member of his party Raja Singh from Hyderabad made similar remarks on the Prophet without calling a name.

The popular Sadguru Jaggi Vasudev also made a lot of comments against Islam, Quran, but without referring to the name of Islam or the Quran.

The Bhartiya Janata Party is a party with open grievances against Islam and Muslims has a stated goal of recasting the country as a Hindu state. Its rise has been powered by a strategy of mobilizing Hindu voters using the country’s Muslims as the bogeyman.

India’s 200 million Muslims and their religion Islam are the main targets of its supremacist politics.

The state machinery is increasingly geared to tormenting and brutalizing Muslims. A government college suspended 24 Muslim students after they came to class wearing the hijab.

The day before, five policemen were found to have tortured to death a 22-year-old Muslim man. “They shoved a stick inside my son’s rectum and gave him repeated electric shock,” alleged his mother.

“Attacks on members of Islamic faith, including killings, assaults, and intimidation, occurred throughout the year” in India, observes the U.S. State Department in its latest annual International Religious Freedom report to Congress. Releasing the report last week, Secretary of State Antony Blinken raised concerns about “rising attacks on people and places of worship.”

Modi’s government brazened out the foreign criticism, as it usually does. 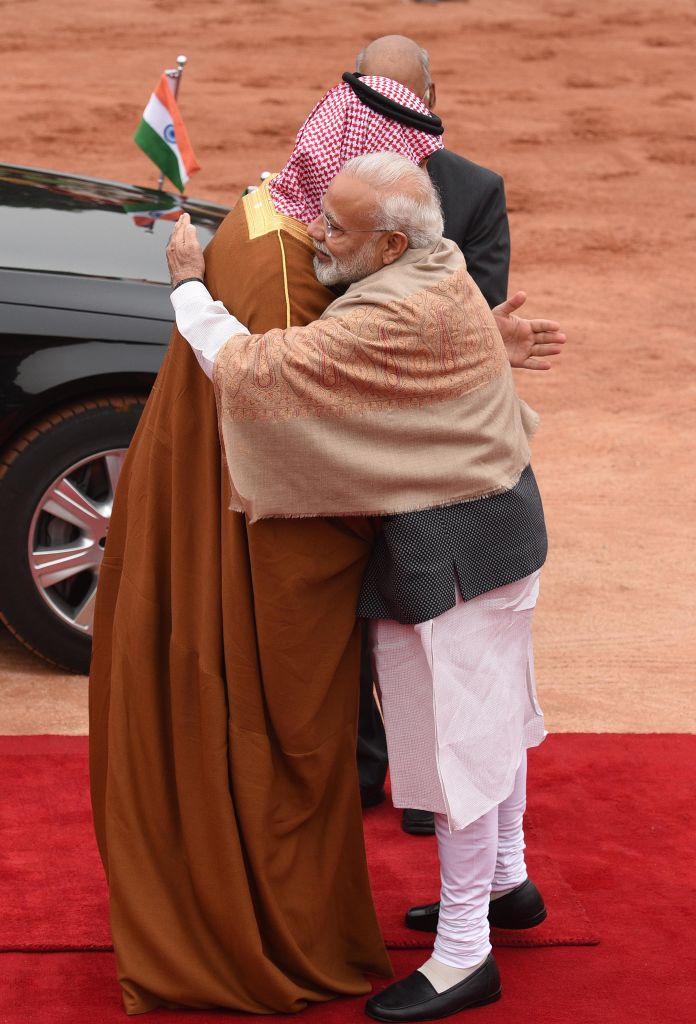 With Modi’s back-to-back election victories, the party has doubled down on its majoritarian project. From open calls for genocide and anti-Muslim pop to dog-whistling by television anchors and name-calling by BJP leaders, hate speech is everywhere.

The party incentivizes hate and those with the talent of spreading it, which is how Sharma, Jindal and Raja Singh rose in the organization.

Muslim countries value India for its growing economic might, and wouldn’t want to jeopardize relations. But the increasing targeting of Muslims in India in the eight years under Modi has, after all, never elicited concern from any Muslim nation.

This time, these governments may have been forced to act based on the religious teachings.

Indian Muslims pray that adverse global opinion might finally offer them some protection from the unending nightmare that is Hindu extremist politics.