You have been warned: a Hindutva virus injected into the Indian diaspora

Incidents like the violence in Leicester (United Kingdom) are only going to increase and spread elsewhere unless local governments take decisive action.

With a professional work ethic, high levels of education, and good median incomes, Indians living overseas have long been regarded as the 'model minority'. They are law-abiding and work diligently. Parents teach their children not only culture, but also good values and education.

Today the ‘model minority’ is crumbling and fissured in the most ferocious ways. It has been a surprise to the world to see a new face of Indians which was never seen before.

The face of Hindutva

In Leicester, there was violence on Muslims, and in New Jersey, paraded an anti-Muslim symbol, the bulldozer, with posters of Yogi Adityanath and Narendra Modi.

Residents of Leicester have been shocked by the anti-Muslim slogans and protest.

The local member of the parliament, Claudia Webbe expressed distress and said this hate could spread elsewhere and blamed "fringe elements...inspired by right right-wing ideology."

Hindutva politics infiltrated the diaspora because of their aggressive nature. Hindutva groups are now present in every country due to years of brainwashing by Hindutva organizations in the pretext of spreading the Indian culture across the globe.

Hindutva gained a new dimension with the official support of Indian diplomatic missions in foreign countries, which now have no compunction in giving Hindus priority in NRI communities.

It is no secret that non-resident Indians (NRIs) and persons of Indian origin (PIOs) have been fertile ground for the Hindutva organisations for a long time, and Narendra Modi is one of their brightest stars in perusing them.

As soon as he (Modi) won the election, he travelled and held public meetings in US, UK, Canada and elsewhere. He received a rousing welcome on his visits, with local politicians and other dignitaries in attendance. 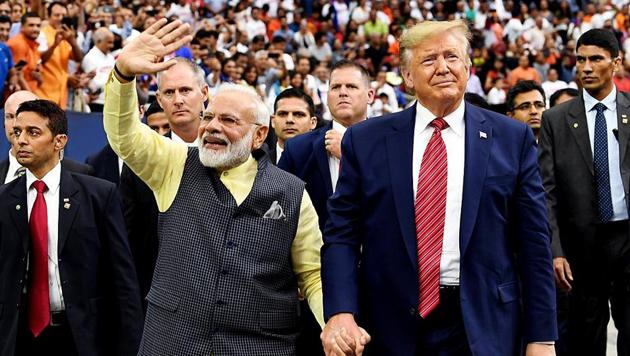 This violence in Leicester may be a harbinger of more tensions of this type around the globe. A new, ugly psyche of Hindutva is emerging, not just in Britain, but everywhere.

Then, retaliation will occur, and the cycle will begin.

Local governments need to take more assertive approach to manage such issues, instead of using multiculturalism or relying on community elders for guidance.