Apologizing to Muslim victim, is not allowed, police might arrest you

Ramon Magsaysay award recipient Dr. Sandeep Pandey and some social activists were scheduled to participate in the foot march, titled ‘Apologizing to Bilkis Bano’ on Monday (26, September) were detained by Gujarat Police on Sunday night (25, September).

Read full story of Bilkis Bano and the release of her culprits.

The foot march was organized to apologies to Bilkis Bano, after the Modi government released 11 convicted rapists and murderous under the remission policy. 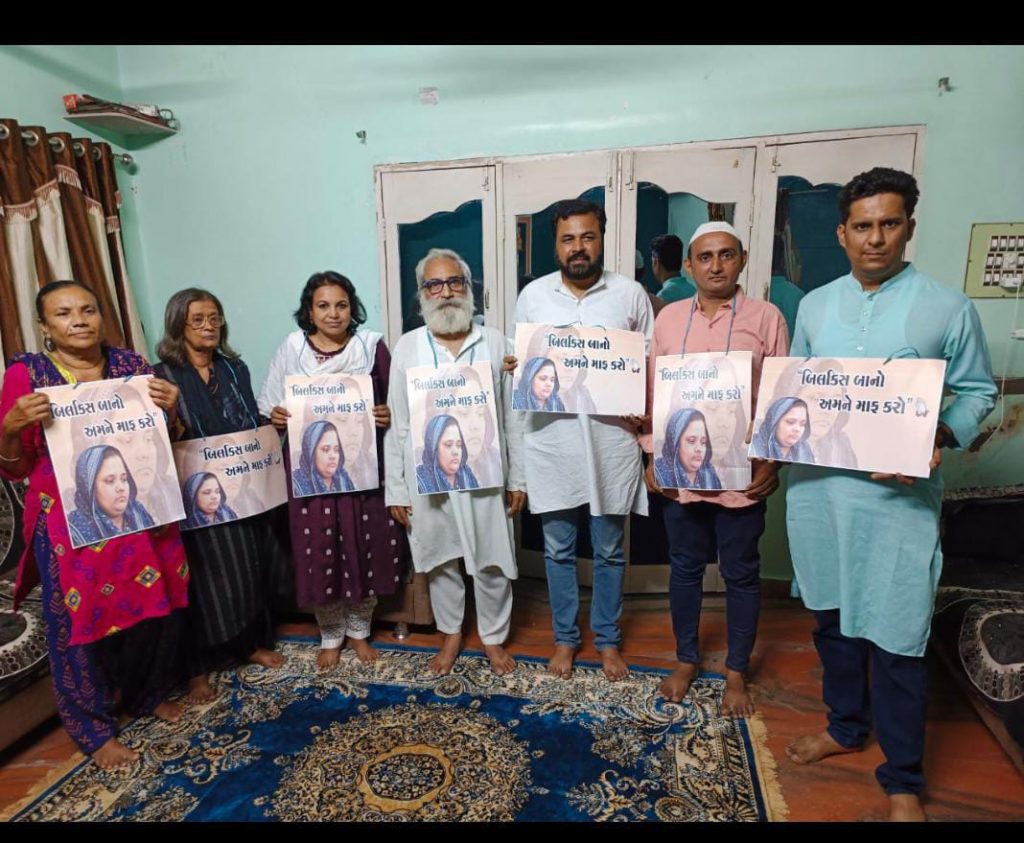 Police have detained social activist Dr. Sandeep Pandey and his associates, before starting their trek.

Dr. Panday said, "The purpose of the march was not political or against the government, but to apologize to the victim for not being protecting her as fellow human."

“It seems they will detain us for a day or more, so that the foot march does not take place as scheduled. Others who have not been detained might start the trek as planned. If we are prevented from doing the yaatra, I may do a 9 day fast in solidarity with Bilkis Bano,” said Dr. Pandey. Dr. Sandeep Panday with his associates

One of the associates of Dr. Sandeep, Kausar Ali said: He was shocked when parliament member from the Modi’s party CK Raulji’s said, “They (criminals) were Brahmins and Brahmins are known to have good samskara (good culture). It might have been someone's ill intention to corner and punish them."

Though it is a very small number, but people from across the India came to join this foot march.

Dr. Sandeep Pandey a 57-years-old Indian social activist and the present General Secretary of the Socialist Party. He also co-founded Asha for Education. Dr. Sandeep has done his Ph.D. in Mechanical Engineering from the University of California, Berkeley.

Dr. Panday is very vocal abut human right abuses all through his life.